How to get real payday loan help. Payday loan companies are everywhere, promising fast cash to individuals matching far more lenient criteria than traditional banks. Credit scores matter little. They offer small loans that larger banks typically don’t. There are also few questions asked and no stipulations put on how the borrower can spend the cash. Sounds great, doesn’t it?

So why do the majority of their customers wind up deeper in debt, despite making on time payments, and seek payday loan help? High fees, fines, and interest rates are unregulated. 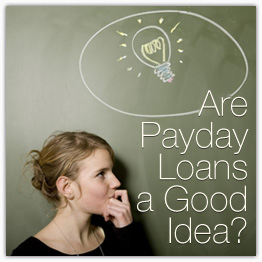 A local Ohio lawmaker seeks to change that with House Bill 123. The bill will cap high interest rates and regulate minimum payments for payday loans. Last week the Ohio House approved the bill, and if it were to become law, it would offer payday loan help to residents and protect future borrowers.

Payday loans are legitimate enterprises that meet a consumer need. However, these types of loans often prey on low-income borrowers who cannot receive traditional loans, don’t believe they’ll qualify for a traditional loan, need less money than a traditional bank offers, or they don’t trust banks. Companies typically offer generic, easy to read terms on the surface, and consumers agree to them—often without fully understanding future monthly payments are nothing more than interest, fees, and fines that won’t lower their principal.

With no protection or help with payday loans, borrowers create a vicious debt cycle based on fees and interest rate alone. According to The Pew Charitable Trusts, American borrowers are paying upwards of $9 billion in fees per year. Also according to Pew, Ohio borrowers can expect a 591% annual rate; this is the highest rate in the country.

One resident received a $1000 loan. By the time he’d repaid, he paid $1600. Another woman borrowed $200 to cover an insurance bill over a decade ago. On her payday, she would have to withdraw her paycheck, pay the lender, and take out another loan to pay her bills. She did this for nine months, and during that time, she contemplated suicide. This practice is called rolling, or to roll the debt forward. It delays payment another month, but adds interest and fees to the principal. No one offered either Ohioan real payday loan help or protections.

Carl Ruby, pastor and leader of Ohioans for Payday Loan Reform, said, “The average person ends up taking out seven loans a year if they take out one.” In the past, his group has proposed amendments that mirror HB 123. Back in 2008, Ohioans voted to keep a cap on annual percentage rates. However, the lenders bypassed the regulation meant to protect citizens from high interest rates and fees.

Payday lenders are against House Bill 123. They claim the bill will “eliminate access to legal, safe, and regulated credit.” Another fear is that removing access to payday loans, as many will shut down instead of conform to the new regulations, will send borrowers to online lenders or to old-fashioned loan sharks. A third consideration is jobs and tax revenue from payday loan stores. However, Cherish Cronmiller, president and chief executive of Dayton’s Miami Valley Community Action Partnership, objects stating, “… business can still operate profitably without being so over the top with the amount of fees and fines that they charge.”

Real payday loan help doesn’t exist now. If HR 123 passes the senate, the new regulations will help with payday loans by making sure the fees and interest remain affordable enough for customers to pay back without rolling forward or leading to long term debt on a short term loan. The bill is currently with the Ohio Senate. Senate President Larry Obhof hints to supporting some reforms in the bill; however, changes are likely before the senate will pass HR 123.